Jennings Fleenor was a resident at the Ottawa County Riverview Nursing Home. Unfortunately, for Mr. Fleenor, he was also a victim of this nursing home’s inadequate care and daily assistance.

Mr. Jennings was a 77 year old resident who needed assistance because he was a below the knee amputee. His family cared for him for as long as they could before they were in need of daily assistance for Mr. Jennings.

Once his care was taken over by Ottawa County Riverview Nursing Home he should have been assessed for the following issues: being high risk for skin breakdown and falls and his ability to communicate pain.

Sadly, he fell on July 26th, 2016 and six days later died due to complications of his fall.

When someone falls or gets hurt in a nursing home, they are required to document in detail the incident, provide or provide access to proper care for injuries, and notify the family of the resident who was injured.

Ottawa County Riverview Nursing Home, according to the lawsuit, failed to do ALL of these things. When nursing homes fail to provide this minimum standard of care, they MUST be held accountable.

Mr. Fleenor was being showered and an aide allowed him to fall backwards in the shower. He suffered from many injuries. He complained of neck, back and side pain that worsened over a period of days.

Just days after the fall, Mr. Fleenor was suffering from muscle weakness, poor alertness, and increased confusion. He could not sit up right in his wheelchair, in fact, he was sliding out of his wheelchair.

It is the duty of the nursing home to properly document the incident and the injuries following a fall. They should have known the proper protocol for keeping Mr. Fleenor safe in the shower.  Further, they failed to notify Mr. Fleenor’s family and physician in a timely manner.

What is the underlying cause of poor Mr. Fleenor’s demise? Understaffing. Ottawa County Riverview Nursing Home chose to provide too little, and poorly trained, staff to care for residents like Mr. Fleenor.

The result of understaffing is horrific deaths like Mr. Fleenor’s. Nursing homes know the consequences of practicing understaffing. It is not uncommon for this practice to result in a resident’s death.

The family has instituted suit against Riverview. A wrongful death lawsuit in Ohio is brought on behalf of the surviving family members. The family hopes that this lawsuit will bring awareness to mistreatment at nursing homes and will prevent future injuries and assaults on nursing homes residents.

Who is the Nursing Home being sued?

Whether it’s for a single day or Riverview will become your home, we offer exceptional nursing care and support services and much needed peace of mind to family members and caregivers. The campus offers private and semi-private accommodations along with 24 hour nursing services.

We have found this statement of exceptional service to be false. Even when you look at their Google Reviews it is obvious that they are providing substandard care.

Riverview is owned and operated by Ottawa County.  Their website states the following:

While Riverview is owned and operated by the Ottawa County Commissioners, the facility is financially independent. Riverview receives no funds from the Ottawa County general fund. Riverview’s revenue stream includes Medicare, Medicaid, Private Pay Individuals, and commercial insurances among a few other smaller revenue sources.

Riverview does have a five year .5 mill tax levy which brings in approximately $850,000 per year. This tax levy is utilized for capital projects to keep the facility in good condition to remain an asset to the Ottawa County tax payers, a comfortable home to our residents and an attractive choice in our competitive senior housing industry.

This site is updated with current Riverview capital projects funded by our Riverview levy.

The Riverview Renovation Project is funded by a 10 million dollar Bond being paid through the facility’s currently .5 mil tax levy. 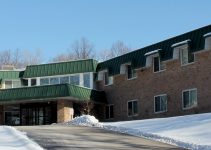 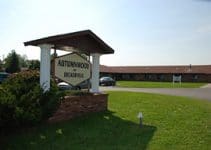