“Wandering” in the sense of strolling or moving about a facility can be a healthy, safe behavior for some residents.  Residents may be encouraged to engage in, and benefit from, strolling through the hallways for exercise activity or to reduce stress.

Three separate incidents were reported to the Missouri Department of Public Health that involved residents wandering outside in freezing and below freezing temperatures. Autumn View Gardens in Creve Coeur, Missouri was investigated according the the St. Louis Post Dispatch.

Throughout January 2018, a resident was found outside in freezing temperatures. The article states that:

The facility failed to keep this resident safe, and out of extremely dangerous temperatures. Each of these situations could have very easily become deadly. Luckily, this was not the case.

Inspectors came to the facility after the incident and the article reports that:

During the inspectors’ visit, there was no documentation of the resident as an “elopement risk” and no picture posted at the front desk as recommended. The resident’s doctor told the inspectors that the resident had worsening dementia and should not be allowed to go outside unsupervised.

This is absolutely terrifying. The nursing facility failed to document the resident as a risk and it was not until the inspectors spoke with the doctor did they learn that the resident was an elopement risk.

When a nursing home fails to adequately evaluate the risk of elopement, or address the known risk to prevent it, the nursing home may be liable for the harm that results.  Ohio law, as well as Ohio and federal regulations, require adequate, regular assessments of mental ability, elopement risk, and safety.

Later in January, there were two more incidents involving different residents at the same nursing home. The article states that:

A second resident with dementia was found sitting on the ground two blocks from the facility on Jan. 24 with no coat and wet pants in 42-degree weather. A passer-by had alerted staff at the facility of “an older person walking down the street.”

A pastor at St. Richard’s Catholic Church across Schuetz Road from the facility brought back a third resident with known confusion and memory problems who had walked into the church without a coat on Dec. 30, when the high temperature was 25 degrees.

Two more residents at the same facility fell victim to the nursing home’s failure to provide a secure environment for high risk residents. Please visit our site here to learn more about the association of dementia and Alzheimer’s in relation to elopement risks.

It is also important to understand why someone may wander from a nursing home.Wandering can also be triggered when a resident is thirsty or hungry, or needs to use the bathroom.  They start off to meet that need, become confused or disoriented, and wander.  Residents may be trying to find their home or other familiar surroundings. These incidents can be traumatic for the resident.  Residents can become defensive, feel trapped, or otherwise react negatively to being guided back to the facility or their rooms.  Staff training to help them is critical.

When investigated, the staff at Autumn View Gardens stated that even though the doors get locked at night, residents still are able to get outside. Furthermore the article reports them stating that:

They need to ring a bell to get back in, but “if a resident got confused and did not understand how to ring the bell or if staff were busy assisting another resident, he/she could be outside for a long time,” the report states. When opened, the facility’s front door and side exit doors send alarms to staff members’ pagers, “but staff did not always have time to check the doors if they were busy assisting other residents,” according to the investigators’ interviews.

If a resident is confused or disoriented it could be impossible for them to get back inside, coupled with the chance that staff were unable to assist them because they are too busy with other residents points to a common issue facing nursing homes called understaffing. Understaffing is extremely dangerous for residents and this is an example. You can read more about the dangers of understaffing here.

The investigation revealed an excuse made by the business manager according to the article:

Autumn View Gardens’ business manager told investigators on Feb. 1 that she sat at the front desk during the day and “tried to watch all the residents and make sure they get signed out, but sometimes they would get by her.”

On Feb. 2, investigators found no one sitting at the front desk at 9 a.m. and watched a resident walk outside without signing out. Staff did not respond to the resident or to several other instances when investigators opened various doors in the facility, according to the report.

This is just asking for something bad to happen. This facility is failing to keep resident’s safe. Furthermore, the risks of elopement were not only brought to the administrations attention by resident’s family members, but also, an aid at the nursing home reported that they had brought the concerns to management.

If someone you love and care about has been victim of a nursing home’s failure to prevent them from wandering off and you would like me to investigate to see if it is considered negligence, I am here to help. You can comment bellow or contact me to begin an investigation.

You can read the full article discussed in this post here. 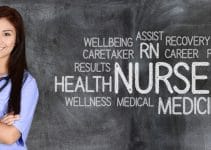 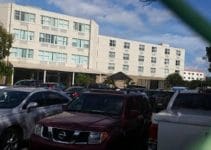