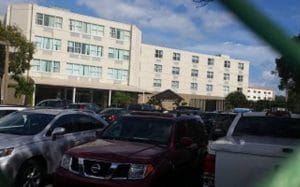 Golden Glades Nursing and Rehabilitation deemed one of the worse in Florida is under investigation after several resident deaths, including one who wandered out of the facility.

A full 18 hours passed before nursing home staff realized one of its residents was missing. Mr. Coleman Feltz was later found face down in a shallow pool of water. An article published in the Naples Daily News describes the incident which began on December 1st, 2015. The article states that:

At some point during the evening of Dec. 1, 2015, Felts walked out of the nursing home. Golden Glades staff realized he was missing at about 9 p.m. A maintenance worker from the assisted living home next door found his body at about 3 p.m. the next day.

Inspectors visited the Golden Glades Nursing and Rehabilitation Center after his death and cited the facility for multiple violations. The violations include not providing enough staff and failure to remove hazards.

Resident had a History of Wandering

Mr. Feltz was a 75-year-old Veteran of the Vietnam War and according to the article he had a history of elopement. His family believed that he would be safer at a nursing home, but they were wrong.

Residents can be at significant risk for elopement when they experience:

It is extremely important that nursing homes continue to address elopement risks. It could be a matter of life and death. If the nursing home fails to protect your loved one it could only be a matter of time before the situation escalates.

According to this article, the nursing home had a history of tragic incidents.

Golden Glades staff has been accused of negligence in the deaths of at least five patients, according to lawsuits filed since 2013. The nursing home’s owners denied the allegations, but settled three cases. Two others are pending.Felts’ family has not filed a lawsuit.

Elopement and deaths that are related to a resident wandering off are always preventable. That is part of what makes this so tragic. Nursing homes can reduce the risk of wandering and elopement injury by implementing appropriate policy and procedure, staff training, and quality assurance/improvement activity.  Every nursing home must have an elopement plan for high risk residents.  This can include a bracelet on the wrist or ankle identifying the resident as a fall risk and placing photos of the high risk residents at all exits and doorways.  Residents can be provided personal alarms to notify the staff if they attempt to leave the facility.  Staff should be trained and required to regularly monitor at-risk residents to prevent them from wandering from the facility.

It is important for you to know the procedures and protocols if you are aware that your loved one has a tendency to wander off. Ask the nursing home’s administration what the do to prevent elopement and how they train their staff to monitor residents.

Nursing Home Worse in the State

The article accuses Golden Glades of being one of the worst nursing homes in Florida. It states that:

For more than four years, government inspectors repeatedly gave Golden Glades poor scores. The home averaged 1.6 on a 5-point scale over 18 quarters from the federal Centers for Medicare and Medicaid Services. Inspectors identified 186 state and federal violations, the fourth-highest number cited among Florida’s 684 nursing homes during the period.

One key way to prevent nursing home neglect and abuse is to do your research. All of the above information is public record and most states, including Ohio, have some sort of database to access this information. You can access Ohio’s database here as well as file a complaint. This is all public information and it is very important for you to do your research for your loved one.

If you have a loved one who has wandered off and was seriously injured or has died, please contact me and I will open an investigation into the nursing home. These are complicated matters and I will walk you through the process of determining whether or not the nursing home was negligent. Deaths and injuries caused by elopement or wandering off can almost always be prevented.

You can read the full article discussed above here. 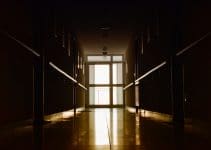