According to an article in the St. Louis Post Dispatch, a resident died in July of 2017 after being fed too much food in too short of time, ultimately choking to death.

The article sites a federal report that claims:

A nurse, working his or her first day at St. Louis Place Health and Rehabilitation, failed to check on the patient, perform CPR and call 911, as required by the patient’s medical record and the nursing home’s policies, investigators with the U.S. Centers for Medicare and Medicaid Services found during an August inspection.

The August report outlines the incident that took place on July 22nd, 2017. Several issues are outlined in the report, namely, lapse in judgement, failure to provide a safe environment for the resident, and inadequate training and staffing.

You can read the full report here:

Because the nurse was new and improperly trained, this person was killed. This incident could have been prevented and it is the care facilities responsibility to ensure that it’s care givers are fully and competently trained.

The nursing home was cited and is facing fines because of this death. The patient had been assessed at a high-risk level for choking and prescribed a specific feeding plan that required supervision.

The article also reports that the nurse did not attempt to resuscitate the resident, assuming that there was a do-not-resuscitate order. When the medical records were actually reviewed investigators found that:

CPR should have been performed and 911 called. In the report, investigators wrote “during that shift, Nurse A was very overwhelmed with trying to learn the facility procedures and there were no other nurses on duty to answer his/her questions … Nurse A knew what was expected of him/her and there was no excuse for failing to follow proper procedure.”

In addition to the nurse’s failure to supervise this resident’s meal time, the report also states that this nurse did not know if the signal on the blood pressure monitor meant that the resident did not have a pulse or if it was out of batteries.

Before this nurse took a shift on her own, she should have been well educated in the procedures. Understaffing is a huge issue as well. According to the article, this nurse, on her first day, was apparently left alone to care for residents that needed high levels of care.

Resident Choked and Suffocated on Formula

There is no good reason that a nursing home resident should ever die from choking. Nursing homes have a duty to provide a safe environment for their residents. This includes providing a choking-free environment and training staff to react immediately if a resident shows any signs of choking.

In this case, the nursing home failed to react immediately, as the report states that the nurse in charge of this resident left after infusing formula in the feeding tube for thirty minutes and came back an hour later. The resident’s prescribed feeding clearly stated that formula feeding was to be done over one hour with supervision.

When a person begins to choke, nursing home staff only have minutes to act. This is why it is so important to prevent choking before it occurs. However, when it does occur, nursing home staff must be prepared to recognize the signs of choking and act immediately! Without immediate action, death by choking is certain.

It is not enough to assess the patient’s needs and create a treatment plan. The nursing home must make sure that the treatment plan is being communicated by the people who need to know it.

The nursing home must oversee and supervise medication intake, mealtime, and assist residents who need help eating. Again, in this case, the nursing home clearly failed to supervise this resident’s meal time, leaving them alone to be overfed and choke to death because the staff was untrained or unaware of procedure.

If your loved one or someone you know has been the victim of negligence that has led to a choking or suffocation injury and/or death, please contact me. I will thoroughly investigate the incident to see if it could have been prevented. Nursing homes should not get away with this sort of abuse and neglect. You can find more information on choking and suffocating here. 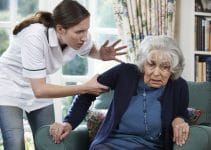 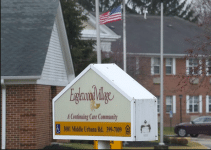 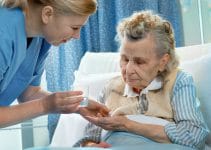 I felt comfortable right away with having [William Eadie] handle our mom's case.  His knowledge of nursing homes was exceptional, this included both medical and how they are run.