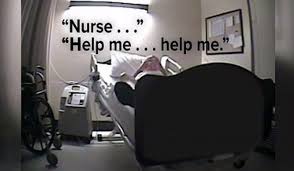 A WWII Veteran, repeatedly cried out for help before dying alone.

In February warrants were issued for three nurses who are being charges in a World War II Veteran’s death at the Northeast Atlanta Health and Rehabilitation Center. A hidden camera captured the whole disturbing incident.

According to an article in the Washington Post, the video shows the following sequence of events:

It showed a staffer at the nursing home check on him, then leave. Later, it showed workers discovering that he was unconscious. Even later, it showed them calling 911 for help. The video also showed a moment someone laughed as nurses struggled to get Dempsey’s oxygen machine to work.

Elder abuse is real and it is more common than one might think. It is difficult to think about but it is a reality that as a society, we must be aware of and prevent such senseless crimes from occurring.

Anxious About Entering a Nursing Home

James Dempsey, an 89 years old World War II Veteran, had to stay at the Northeast Atlanta Health and Rehabilitation Center for the night over four years ago. According to the article he was anxious about staying there so his family decided to take action. The article states that:

Dempsey’s family had placed the hidden camera in his room because he had been anxious about staying in a nursing home, his son reported. The son said Dempsey knew it was there but the nurses didn’t — and it would become instrumental in building a case against the home and the workers after the veteran’s death.

Another article from Atlanta WSB-TV 2, reports that the morning that Mr. Dempsey died, he can be seen on six occasions pressing the “call/help” button. This would be an extremely legitimate reason for concern. It is the care facilities duty and obligation to respond when these calls are made.

Repeated Calls for Help, and Still Left Alone to Die

When a nurse does enter the room, the article claims that she says the following:

“you gotta stop putting the light on. What do you want now?” A nurse also tells him, “you’re having anxiety that’s all, you just need to calm down.” About two hours after the initial call light, the nurses are seen administering CPR for several minutes and then the video shows the paramedics arriving – by then it is too late.

There are several issues with this interaction, specifically, that the nursing home staff did not adequately respond to this person’s medical emergency and left him alone for such a period of time that he passed away, alone.

The interaction with the care facility staff displayed:

A staffer at the nursing home check on him, then leave. Later, it showed workers discovering that he was unconscious. Even later, it showed them calling 911 for help. The video also showed a moment someone laughed as nurses struggled to get Dempsey’s oxygen machine to work.

This was a very serious moment and for staff to be so disrespectful and crude is unacceptable. This is a horrible case that exemplifies nursing home neglect. This man died because of the response of the nursing home staff, or lack there of, to a medical emergency.

Elder Abuse and Neglect on the Rise

Unfortunately, according to the World Health Organization, Elder abuse is on the rise. They claim that one in six elderly persons has been the victim of abuse and neglect. This is significantly higher than previous reports.

Abuse includes failure by a caregiver to satisfy an elder’s basic needs—neglect—such as ensuring adequate food intake (malnutrition) or fluid intake (dehydration). Or, in this case, oxygen.

Neglect can be difficult to identify.  Neglect of food, water, support, medication, turning, oxygen, and the other day-to-day needs of nursing home residents might only occur occasionally (with certain staff), or might lead to a decline that looks like natural aging.  This is especially with dementia, Alzheimer’s, or other cognitive deficits that make it hard for a person to understand or communicate that their needs are being ignored.

Identifying nursing home neglect requires understanding a person’s conditions and needs, and recognizing when they change.  This means paying attention to a loved one’s weight, lab results, skin integrity, and other factors.  How much are they eating and drinking?  What it their urine output?   Most families I’ve worked for realize too late that if they don’t watch these things, it is easy for caregivers to ignore them, too.

Here are signs of nursing home neglect to watch for:

These issues should be reported, not just to a nurse but the director of nursing and administrator. Take note of any relevant information you may have. If you do not feel satisfied that your loved one is safe or you do not feel they were provided the safe environment and attention that they deserved, please contact me here or comment below. I will investigate your case to see if it is a neglect case and your loved one’s death or serious injury could have been prevented. If you feel that something criminal has occurred, please contact the local authorities immediately.

You can access the articles mentioned above here and here. 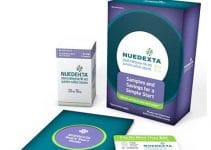 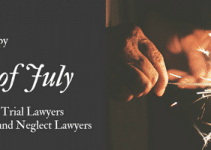