An Akron family has come forward to make sure that Copley Health Center and the parent company that owns it, Communicare, are held responsible for what they believe was neglect and abuse causing their mother, Susan Birch, to die from infected bedsores.

Susan was a 69-year-old woman who entered Copley Health Center on July 23, 2019 for short term rehab after being hospitalized for 5 days with a urinary tract infection. She was dead less than 4 months later. The official cause of death was listed as “septic shock” due to “decubitus ulcer non-healing.” A decubitus ulcer is better known as a bedsore. Sepsis is a severe inflammatory response to an infection that can cause multi-organ failure and death.

Copley Health Center, a 130-bed rehabilitation and skilled nursing facility located at 155 Heritage Woods Drive, Copley, OH 44321. It is owned and operated by Communicare Family of Companies, a for profit corporation managing nursing homes throughout Ohio, Pennsylvania, Maryland, West Virginia, Virginia, Indiana, and Missouri. According to its website, CopleyHealth Center is specialized in wound care, including having an on-staff RN and surgeon.

When Copley Health Center accepted Susan into their care, they knew she was at risk of developing skin breakdowns. Despite this knowledge, Copley’s staff allowed Susan to develop a pressure ulcer on her coccyx within a little over a week of her admission to the facility.

Susan’s sacral pressure ulcer was infected by the beginning of September 2019, less than two months after her admission.

Because of the severity of Susan’s pressure ulcer, she was only able to undergo physical therapy for a few weeks. She became bedbound and, as a result, her health steadily declined as the wound deteriorated.

On November 3, 2019, Susan, only at the insistence of her daughter due to Copley’s minimization of Susan’s condition, was transported and admitted to Akron City Hospital’s ICU and diagnosed with a Stage IV sacral decubitus ulcer and septic shock.

In the overwhelming majority of people, bedsores are 100% preventable. There is 1 easy rule that prevents bedsores. Keep the resident clean, dry, and turned.

By clean, it means to make sure that the resident is not in their own feces or urine for extended periods of time. Feces and urine are acidic and can break down skin tissue. It’s also a matter of basic human dignity that no one should be left in their own excrement.

To keep the resident clean, it means to make sure the skin areas are not moist. When the skin is wet for a long time it weakens and is more susceptible to tearing or breaking down. Think of when you’ve removed a bandaid and the skin is weak and wrinkly.

To keep the resident turned, is to make sure the resident is not laying in one spot for a long period of time. There are pressure points on the body where skin is most likely to break down leading to a bedsore. These are the heels, elbows, and lover back (often called the coccyx or sacrum). When pressure is placed on these areas, blood flow is reduced. Without blood, tissue dies. So how do you prevent this? You make sure to reposition the resident in bed frequently so there isn’t pressure on one spot for a long time.

You can read more information about bedsore here.

Systemic understaffing, inadequate training, and poor management of the Facility led to poor care of its resident Susan Birch, causing her to suffer from, among other things:

Infections of those wounds from inadequate cleanliness and wound care;

Systemic inflammation and organ damage from sepsis, a life-threatening condition that arises when the body’s response to infection causes injury to its own tissues and organs, caused by those infections;

Failing to respond to call lights for Susan Birch and other residents in a timely way; and

This lack of sufficient staff directly resulted in Susan Birch not receiving basic and necessary services, assessments, and interventions, among other things, being turned or repositioned frequently to offload pressure resulting in severe, permanent Stage IV bedsores to his coccyx and heels causing pain, disability, and the need for ongoing medical treatment, including multiple surgical procedures.

The Wrongful Death Lawsuit Against Copley Health and Communicare

You can view the entire lawsuit here.

This is one of a handful of cases Eadie Hill Trial Lawyers has brought against Communicare for allegations that it caused many residents’ deaths at their various facilities. Award winning nursing home abuse and neglect trial lawyer Michael A. Hill is the lead lawyer for the family. Michael Hill has been the lead trial lawyer on numerous cases involving Communicare facilities. He has successfully resolved everyone of those cases for his clients. 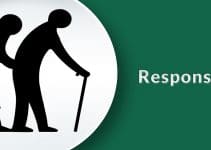