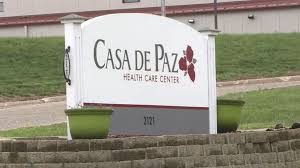 According to an article in the Des Moines Register, the Center for Medicare and Medicaid Services is allegedly fining the Casa de Paz Care Center because recently three residents have died due to potential neglect. The article reports that the Sioux City nursing home has received $45,750 in fines.

The article states that the Casa de Paz has over 50 residents and has been accused of a number of neglect related accusations. The article reports that the nursing home has been fined for:

employing incompetent caregivers, neglecting residents with life-threatening conditions and denying residents their pain medication. The sanctions are based on state inspections that took place between December of last year and March of this year.

A report was given to state inspectors that alleges that the staff at the care facility failed to respond to a man who had respiratory complications. According to the article, the man had displayed respiratory distress for over twelve hours before being assessed.

According to reports in the article, another victim had received specific orders for his care by his physicians. The nursing home apparently ignored the orders and did not provide the proper care. The inspection report claims that the man had notified staff that he was feeling poorly and they ignored his calls for help. He later passed away.

The third victim died after having a back surgery. According to the article, the nursing homes failure to assess the victim’s condition and provide the proper pain medications may have contributed to the victim’s death.

The article also reports that there were other accusations of neglect. One such accusation was that it was taking staff members at the Casa de Paz up to thirty three minutes to answer residents’ call lights. Another resident claims that she was left soaked in her own urine for over an hour. She commented how belittling this experience was for her.

According to the article, these are not the only complaints that were made against the nursing home. Another report stated that a woman fell at the facility and the staff failed to properly diagnose her broken arm. It was not until she went to see a medical care professional for another issue that her broken arm was treated, two days later.

The article reports on yet another resident’s complaint of neglect:

Inspectors also allege that when a resident was transferred to a hospital, he arrived with his clothing soaked in urine; his catheter alarm was sounding; his wound dressings were out of date and leaking; and the bag used to capture his urine contained 27 ounces of fluid.

All of these accusations and complaints depict horrible cases of neglect. It is the responsibility of the care facility to keep its residents safe and provide them with proper care. It is very clear that this facility has failed miserably to provide such care.

Blame Game: Shortage of Staff to Blame for Neglect

According to the article:

A former Casa de Paz nurse who admitted failing to treat a resident’s wounds later told inspectors the facility had been short-staffed. She alleged the home’s administrator instructed her to write in the patients’ file that treatments had been provided even if they had not — an allegation the administrator denied when speaking to inspectors.

This is so unbelievably wrong. This is neglect. This is elder abuse!

The first sign of neglect is usually too few staff and basic needs not being met: the resident not dressed or out of bed at a reasonable time, needing to go to the bathroom, unanswered call lights when family arrive and need help, soiled linens, urinary tract infections.

Often these issues are explained away as a “one time” or unusual event by staff.  Do not assume that is true.  While physical signs of nursing home neglect like malnutrition, dehydration, and bedsores may be more easily identifiable for a nursing home resident’s family when they visit, it is not unusual for these issues to be hidden or not disclosed to the family, as required.

If you are told you “have to” leave while a resident is changed or otherwise cared for, they may be hiding a bedsore or bruising.

If you are concerned that your loved one may not be receiving proper care at their care facility, please contact me. I will investigate to determine whether or not they are neglecting to provide your loved one with the appropriate care. If your loved one has been seriously injured due to neglect at a nursing home, I will also investigate your case in order to hold the facility responsible. You can comment below or fill out this confidential form here. 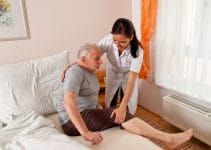 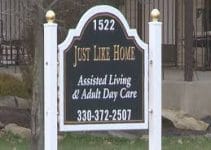 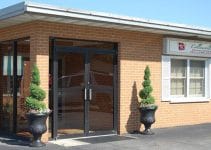