An article in an Southern Illinois newspaper reports that a local woman is being charged with neglect of a resident resulting in death. She was responsible for a resident at the Collinsville Rehabilitation and Health Care Center. The nurse 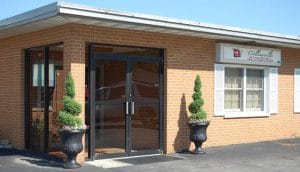 A Southern Illinois nurse is being charged with negligence after resident dies.

failed to provide the necessary care and follow the proper procedures in an emergency situation. The article in the Alton Telegraph states that:

Charged is Christy R. McCall, 41, of Belleville. She allegedly failed to give CPR to a resident who was having a fatal heart attack on June 30. Bail was set at $25,000. McCall, a licensed practical nurse, was charged Thursday. A report from the Illinois Department of Public Health states the Collinsville Rehabilitation and Health Care Center was fined $50,000 for an incident June 30, the same date as cited in the charging document.

This woman’s failure to properly care for a resident led to this resident’s death. According the the report, when the nurse discovered the resident who was lifeless, she stated that she did not know what to do. As a licensed care giver, this is absolutely unacceptable. There is no excuse for nursing home staff to not know what to do in emergency situations such as this.

It comes down to the nursing home hiring poorly trained staff or the staffing agency that they hired provided staff that was poorly trained. Either way, it is inexcusable. If you feel that the staff taking care of your loved one at a nursing home is poorly trained, it is important to say something to the administrator of the facility immediately. It could be a matter of life and death such as this one.

Staff Did Not Know CPR

As more details were uncovered, this incident gets scarier and scarier. In addition to not knowing what to do, the nursing assistants are reported to not even know CPR. Even worse, the reports were conflicting and people began pointing fingers with some very serious accusations.

The article goes on to describe the situation:

The resident was found with no pulse and purple lips and was unresponsive. The IDPH report said the facility investigated and determined the nurse failed to act properly in the situation. The report said the nurse who was held responsible told authorities that another nurse had done an assessment, but that other nurse denied having done so.The report also states that one of the certified nursing assistants asked the licensed practical nurse what to do about the resident’s serious condition, but the nurse did not respond and left the room. The report noted that most of the certified nursing assistants did not know CPR.

Assisted Living Facility or Residential Care Facility negligence means the facility care careless and that carelessness hurt someone.  This is called failing to exercise reasonable care, or violating the standard of care. Between the LPN not knowing what to do, staff members pointing fingers, and CNA’s not knowing CPR, this case is full of negligence on so many levels.

In this case, criminal charges have been issued. But often times, this issues remain a civil matter. Fines and suspensions are common penalties for life changing failures. It is important to pay attention in order to detect negligence on the part of nursing home staff and administration. It is extremely sad that this has become a worry for residents of nursing homes and their families.

What To Do If You Suspect Negligence

One way to prevent neglect is to thoroughly research a potential care facility. Start by doing a search for facilities near you, compare their statistics, and visit.  In addition to taking a scheduled tour, come by unannounced on an evening or weekend to see how things look.  Check the complaints and ratings.  Ask people living there how they like it.

Research the facilities online, paying attention to reviews and ratings.  Pay attention to how many complaints there are, and what they’re based on.

If you believe that your loved one has suffered serious injury or death because of negligence on the part of a nursing home staff, please feel free to comment below and we can begin a serious conversation on where to go from here. I will start an investigation and we will determine if the situation was handled appropriately, your loved one would not have been injured or died. I am here to help you attempt to make sense out of senseless and detrimental failings. 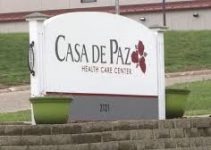 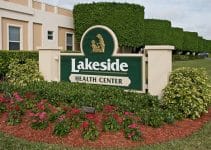