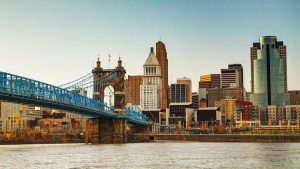 What types of Cincinnati Nursing Home Abuse and Neglect Cases Do You Handle?

We handle all kinds of nursing home abuse and neglect cases in Cincinnati, Ohio. These cases usually involve one or more of the following:

Elder abuse refers to intentional actions that cause harm or create a serious risk of harm, regardless of whether harm is intended, to an elderly person by a caregiver. Abuse includes failure by a caregiver to satisfy an elder’s basic needs—neglect.

Bedsores shouldn’t happen. We investigate to find answers for families when a nursing home allows a bedsore to worsen or kill their loved one.

Nursing home dehydration and malnutrition are serious and deadly threats to older people.  When nursing homes are understaffed or careless with resident health, dehydration can set in all too quickly.

Nursing home residents are often frail, weak, and unstable. They need help moving from place-to-place or getting in and of bed.

Unfortunately, nursing homes continue to allow residents to fall and become injured. Fractures of large bones (like hips and femurs) often lead to death in the elderly.

Nursing homes need to protect their residents. Elderly people with memory problems sometimes wander off. This is called “elopement.”

If residents are permitted to wander off they can be severely injured. There have been examples of residents freezing to death in cold, being struck by cars, and falling down stairs.

It should go without saying that sexual abuse anywhere, including in nursing homes, is a crime that must be eradicated from society. Disgustingly, every year we see nursing home sexual abuse cases make headlines.

These are frequently the result of corporate greed and incompetence refusing to do required background checks.

When a nursing home’s abuse and neglect causes injury, the injured resident has a personal injury case.  When that injury causes the resident’s death—whether immediately, or over time—the resident’s family has a case. It is called a “wrongful death” claim.

Medication errors are one of the leading causes of unintentional deaths in nursing homes.

Assisted Living Facilities, called Residential Care Facilities in Ohio, are not nursing homes, and are not as well-regulated as nursing homes.  That doesn’t mean someone injured or killed in a residential care facility has no claim.  But the types of claims, and how to pursue them, are different.

Where Do Cincinnati, Ohio Nursing Home Neglect and Abuse Cases Go to Trial? 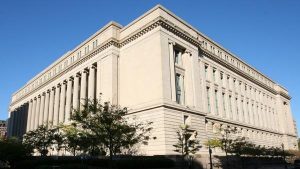 Who are the Judges who will Preside over My Cincinnati, Ohio Nursing Home Abuse Case?

There are 16 judges are sitting on the county court of Common Pleas. 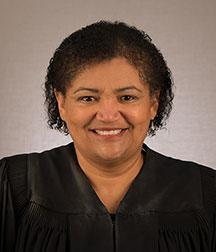 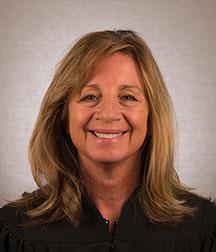 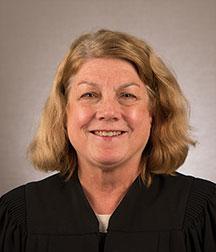 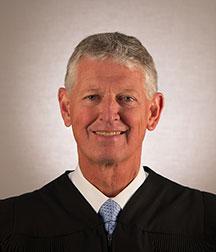 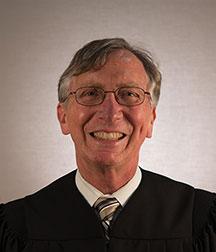 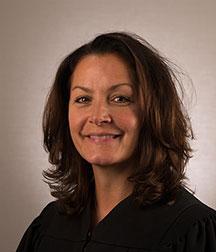 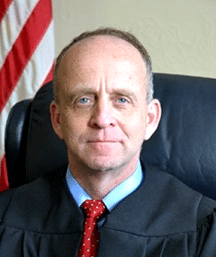 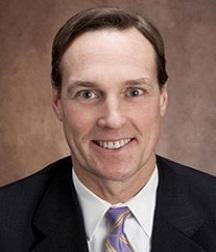 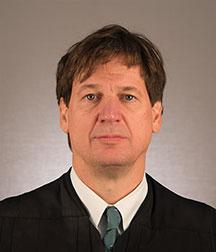 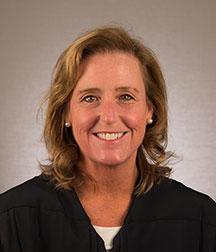 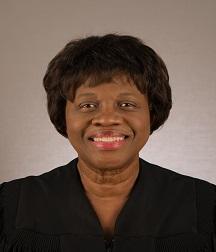 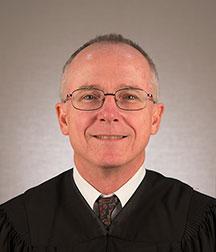 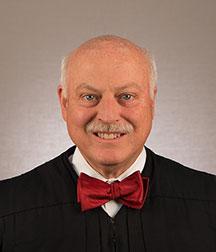 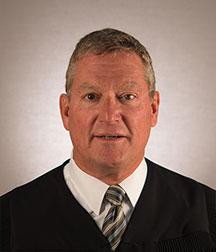 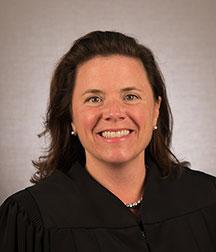 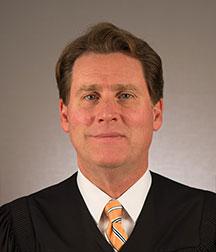 Who will be on the Jury in My Cincinnati, Ohio Nursing Home Case?

The jury is made up of regular people who live in Hamilton County, Ohio. A large group of people will receive a letter (called a summons) telling them to come to court for jury duty.

Not everyone who receives a summons will be on the jury. The entire group that comes to court is called the “jury pool.”

The lawyers and the judge then get to ask questions to see who will be a good fit for the case. Some people will not be chosen for a number of reasons. It could be that they know one of the people involved in the case or may be biased for some reason.

A total of 8 people will be on the jury. 6 of those 8 people will need to find in your favor to win your case. To learn more about Hamilton County jury duty here.

A Coroner shall be elected quadrennially in each county, who shall hold his office for a term of four years, beginning on the first Monday of January next after his election. (ORC 313.01)

Dr. Sammarco can be contacted at the following address.

What Does The Hamilton County Coroner’s Office Do?

According to its website the Hamilton County Coroner does all of the following.

The remains of deceased persons are brought to the Coroner’s Office because Ohio Law requires that the Coroner investigate deaths of persons caused by criminal violence, accident, or suicide, dying suddenly, when unattended by a physician for a reasonable period of time, in detention, when under 2 years of age, or in any suspicious or unusual manner. Another reason that a body may be brought to the Coroner’s Office is that the identity of the deceased or next-of-kin is unknown.

Ohio Law (ORC 2108.52) provides that the Coroner does not need permission for an autopsy. A family may object to an autopsy because of religious beliefs, as stated in section 313.13.1 of the Ohio Revised Code. In this case the Coroner will review the matter and determine whether it is absolutely necessary to perform an autopsy over the family’s objections. If after careful review the Coroner determines an autopsy is required, the family may ask the court to intervene. These legal proceedings may take several days and will delay the release of the body to the funeral director. It is important for family members to inform the coroner’s office immediately if they have any objection to an autopsy since most begin as soon as the body arrives at the coroner’s office.

Can I Report My Loved One’s Death to the Coroner?

Yes. If you believe that your loved one died under suspicious circumstances or because of abuse or neglect, you should report the death to the coroner.

You can report a death to the Hamilton County Coroner’s Office by following this link.

What Types of Deaths Should Be Reported to the Coroner’s Office?

When any person dies as a result of criminal or other violent means, by casualty, by suicide, or in any suspicious or unusual manner, when any person, including a child under two years of age, dies suddenly when in apparent good health, or when any person with a developmental disability dies regardless of the circumstances, the physician called in attendance, or any member of an ambulance service, emergency squad, or law enforcement agency who obtains knowledge thereof arising from the person’s duties, shall immediately notify the office of the coroner of the known facts concerning the time, place, manner, and circumstances of the death, and any other information that is required pursuant to sections 313.01 to 313.22 of the Revised Code.

Only the coroner or medical examiner can certify a death as being anything other than “natural.” This means that only a medical examiner or coroner can determine whether a person’s death was the result of suicide, homicide, or accident.

Most nursing home deaths that result in litigation are caused by accidental death or homicide.

Unfortunately, far too many primary care and other doctors choose not to alert the coroner or medical examiner after a person has died following trauma or other unusual circumstances, including after a nursing home resident falls.

When this occurs, it is important for the family to contact the coroner or medical examiner’s office as soon as possible. This can help ensure that the proper cause of death is given.

What Does it Mean to Probate An Estate?

The deceased person cannot file his own lawsuit.  Ohio law has a process where all beneficiaries are represented in a single wrongful death lawsuit through the creation of an estate. Although each surviving member of a decedent’s immediate family may be entitled to receive monetary compensation, there is only one cause of action for the recovery of that compensation under Ohio’s wrongful death statute.

The actual lawsuit is brought in the name of the representative of the estate for the exclusive benefit of the surviving spouse, children, parents, and other next-of-kin.  The estate is created by filing certain paperwork in the probate court.

The “estate” is nothing more than a legal process where the probate court oversees the business of the deceased (including where money is being sent and how or if debts are being paid) and the wrongful death claim that belongs to the family members.

If the deceased dies with a will, the will sometimes waives the bond requirement.  Under those circumstances, in order to be appointed as the personal representative, the person must only meet the first two requirements, be over the age of 18 and be mentally competent.

What does A Personal Representative Do?

For example, the personal representative decides whether to file a lawsuit, who and when to sue, what lawyer to have represent the estate for court proceedings, and whether or not to settle the lawsuit, although the probate court must always approve the settlement before it can be finalized.

The personal representative often times has more contact with the lawyers representing the estate (although this is not always the case), is required to participate in certain stages of litigation after the lawsuit is filed called discovery, attends court hearings and pre-trials, and participates in settlement negotiations and mediations.

The personal representative is important because they have the power to choose which lawyer will protect all the beneficiaries’ interests.  This is an important decision.  The lawyer chosen has a tremendous impact on the final settlement or jury verdict.  Picking an experienced wrongful death lawyer who has the ability and expertise to not only go to trial but secure a jury verdict is critical. 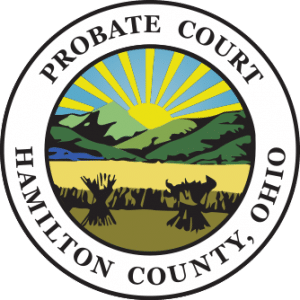 What Nursing Homes Do You Investigate and Sue in Hamilton County?

We investigate claims against all nursing homes in the Mahoning Valley. At an any given time, we are usually investigating multiple facilities in the area for nursing wrongful death. Those deaths may be caused by falls or drops, medication errors, dehydration, malnutrition, infection, bedsores, sexual assault or rape, and other forms of physical abuse.

What are the Worst-ranked nursing homes in Cincinnati, Ohio?

The following is a list of nursing homes in the Cincinnati, Ohio.