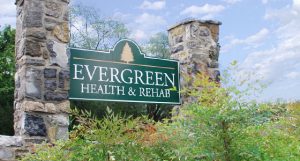 An article in the Winchester Star describes a gruesome incident. A resident at the Evergreen Health and Rehabilitation Center, in Winchester, WV, who entered the nursing home on a temporary basis as he recovered from back surgery, died from dehydration and malnutrition.

According to the article, Dennis Warren Moses, 72, died on October 28th, 2015 after he entered the nursing home to recover from a recent back surgery. During his short stay there, he suffered significant weight loss:

Dennis Warren Moses’s weight dropped from 165 pounds to 143 pounds. He died on Oct. 28, 2015, four days after being rushed from the nursing home to Winchester Medical Center because of his rapidly deteriorating health.

A medical examiner determined Moses died of myleodyplasia, a spinal cord abnormality, and sepsis, a bacterial condition. Moses had myleodyplastic syndrome, a disorder in which bone marrow doesn’t produce enough healthy blood cells. Evergreen officials said the disease and other ailments Moses had, such as ulcerative colitis, led to his death.

Cristy Lynn Rivers, his daughter, said substandard care at the home caused her father to develop dehydration and malnutrition leading to a urinary tract infection, sepsis and death.

Mr. Moses had a condition that could have complicated his ability to stay hydrated but it is the nursing home’s responsibility to take care of their residents. They should be aware that some conditions are particularly difficult to maintain a healthy nutrition and hydration levels.

When Mr. Moses’ daughter went out of town she was alerted of her father’s deteriorating condition. According to the article, the attorney for Mr. Moses and his family stated that:

Common sense says a person shouldn’t lose 22 pounds in 13 days if they were being fed and hydrated properly. She said Moses wouldn’t have had to change his own colostomy bag if he were receiving quality care at Evergreen.

If you notice any of these signs or have concerns about your loved one’s nutrition at a nursing home it is important to relay your concerns to the staff, and if you do not feel like they are acting appropriately then it is important to reach out to a medical professional. It is neglect and abuse if they do not take action.

The Evergreen Health and Rehabilitation Center’s attorney claimed that Mr. Moses had been sick before he came to stay at the facility and according to the article they claimed that his death was not their fault.

The article reports that Evergreen’s attorney’s and experts claimed that:

Watts cited Thursday testimony for Evergreen by Dr. Princy Kumar, chief of infectious diseases for Georgetown University School of Medicine. She said Rivers was at a high risk of developing sepsis because of a history of methicillin-resistant staphylococcus aureus, commonly referred to as MRSA, a bacterial infection in his sinuses.

“No, they did not,” Kumar testified after being asked by Watts if Evergreen staff provided substandard care to Moses.

Watts attributed agonizing pain Moses said he was experiencing to physical therapy at Evergreen. He said staff kept a pitcher of water next to Moses’ bed that wasn’t documented on charts and that he was properly fed and hydrated.

Even though they claim that they did not do anything wrong, Mr. Moses suffered. He lost his life because the nursing home did not have a plan for his care. The article states that West Virginia does not require a care plan unless residents have been in the facility for longer than 14 days. But, Mr. Moses’ health quickly deteriorated, he suffered immensely, and he lost his life.

Making sure residents eat and drink enough often fall on the same people in a nursing home: nursing aides, dietitians, nursing supervisors (if alerted to a problem).   When caregivers or the nursing home system fails, it can cause both nutrition and dehydration issues.  And if someone is weak from dehydration, they may not be able to eat.  One can follow the other.

If someone you love has suffered a similar situation or you are concerned about the care they are receiving, please contact me here and I will launch an investigation to determine whether or not the nursing home has been negligent. 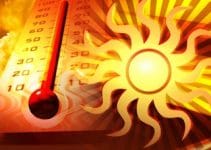 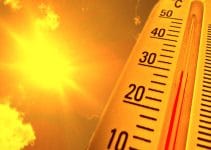 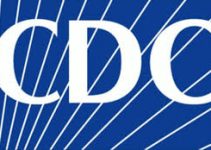