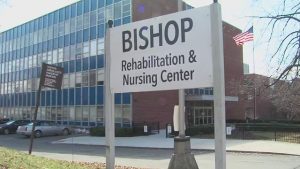 Nursing homes are responsible for preventing bedsores. According to this article, a lawsuit is being filed because several residents suffered from bedsores because of inadequate staffing.

According to an article on Syracuse.com, the Bishop Rehabilitation & Nursing Center has agreed to settle a lawsuit in which they are accused of neglecting residents causing them to develop bedsores due to understaffing. The article states that:

The lawsuit claims the nursing home left residents lying in their own urine and feces for hours because it did not have enough staff to care for them.

Clinton Square Operations LLC bought the nursing home at 918 James St. formerly known as James Square in December. As part of the settlement, it also agreed to pay $495,000. If the settlement is approved, more than $300,000 of that money will go to class members and the rest will pay for legal and administrative fees.

According to the article, the Bishop Rehab and Nursing Center has been under investigation for over a year. The article states that:

The state Attorney General’s Medicaid fraud unit has been investigating the nursing home for more than a year over patient care issues. The AG’s office raided the 440-bed facility last June and seized records as part of the investigation.

Turning the Facility Around

Unlike many stories similar to this one, the article reports that the owners of the facility are attempting to turn this one around. The article states that the nursing home was recently bought from River Meadows LLC, James Square Nursing Home Inc. and 918 James Receiver LLC.

According to the article, the attorney who filed the law suit stated that the new owners are attempting to turn the facility around.

Jeremiah Frei-Pearson, a lawyer who filed the class action lawsuit on behalf of a resident and former resident, said Clinton Square Operations has been increasing staffing at the nursing home since taking over in January. “They inherited a disaster,” he said. “The owner wants to make it a safe and good place.”

Edward Farbenblum, of Long Island, and his wife, Orly, are the principals of Clinton Square Operations. They bought the nursing home for $45 million. Farbenblum owns 10 other nursing homes in the state and has a reputation for turning around troubled nursing homes.

Hopefully, the new owners can turn the facility around so that no one else is injured or suffers from this horribly painful, and preventable, injury.

What Are Bedsores and How Can They Be Prevented?

These are known as bedsores, pressure ulcers (when open), pressure injuries, and decubitous ulcers (an outdated medical term still in use).

Nursing home neglect contributing to bed sores can include:

When nursing homes fail to provide this level of care to prevent, help heal, and avoid infection of pressure wounds, it may be liable for any resulting damages.

Nursing home caregivers should be well-versed in the techniques necessary to prevent bedsores, including:

If you believe that your loved one has suffered from bedsores due to negligence on the part of their care facility, please contact me and I will investigate your case to see if the nursing home is responsible.  I am here to help you and want to help you navigate through the complicated and emotional process of holding a nursing home accountable for your loved one’s suffering. You can comment below or you can contact me here on my confidential form. 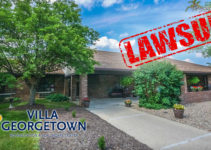 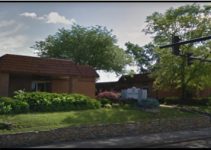