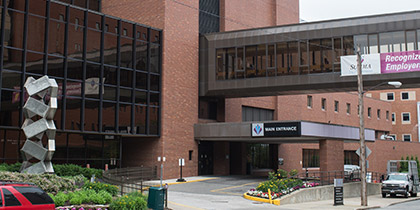 Eadie Hill Trial Lawyers has filed a lawsuit on behalf of the family of a man who was the victim of medical malpractice which led to his painful and untimely death due to pressure sores. Photo Credit: Summahealth.org

Eadie Hill Trial Lawyers is representing the Estate of Ricky Leon Napper in the wrongful death suit they have filed against Summa Health, Summa Health System, Summa Health System Corporation, Summa Physicians, and several individual MDs, RNs, and CPNs. The surviving spouse of Mr. Napper has brought forth the suit.

Mr. Ricky Naper died at the age of 61 on July 20, 2018. Before his death, he was a roofer working in Ohio when he fell and suffered injuries to his spinal cord. He was taken to the Akron City Hospital where he was recovering and he was to be discharged to a rehabilitation center.

The physicians and health care professionals at Akron City Hospital failed to prevent the skin breakdown of Mr. Napper which resulted in extreme pain and suffering, and ultimately death.

You can read the complaint in its entirety below.

*Warning: The photos included in this complaint are graphic, use caution when viewing.

When Ricky Napper arrived at the hospital after falling off a roof and injuring his back, he and his family believed that he would recover and return home, maybe even work again. Sadly, this was not the case.

Mr. Napper was dependent on the hospital staff for matters of hygiene, all transfers, and bed movement. This means that he could not move or adjust himself to prevent bed sores or pressure sores. He was dependent upon the nurses, nurses aids, and physicians, who are trained to prevent these sort of wounds, to do so. This is why the family and estate of Mr. Napper have filed a medical malpractice suit.

Areas of bony prominence, such as heels, elbows, and the lower back (often called the sacrum or coccyx) are areas known to be at risk of skin breakdown and pressure sores if appropriate care is not provided. This is common knowledge for trained and licensed medical professionals.

Ricky Napper was unable to undergo successful rehabilitation for his spinal cord injury because of the severe pressure sore to his lower back and buttocks, which ultimately became infected and required numerous surgical procedures. Not to mention the bed sores were extremely painful for Mr. Napper.

The lawsuit brought forth by Eadie Hill Trial Lawyers outlines the following points in regards to the medical professionals and hospital management as the basis for the medical malpractice suit:

All of these points outline the medical malpractice case brought against the hospital and it’s staff. Sadly, the suit will not bring back Mrs. Napper’s husband or reverse the pain and suffering he ensued after a terrible injury.

For more information on bedsores and pressure sore, you can visit Eadie Hill Trial Lawyer’s page dedicated to the topic, here.

In addition to medical malpractice, Eadie Hill Trial Lawyers are also citing wrongful death in their lawsuit against Summa Healthcare and the individual medical professionals. It is understood that Mr. Napper would have recovered from his spinal cord injuries, instead, his family mourns his life cut short because of the wrongful actions, or lack of action, by the hospital and its staff.

A wrongful death case is described as the following:

The first legislation regarding wrongful death in Ohio appears in 1851. It was very similar to an English act that was enacted in 1846. The legislation in Ohio differed slightly in regards to the statute of limitations– two years, instead of one.

A wrongful death is the result of a person’s negligence, a wrongful act, or default. When someone acts and the result is the death of another person Ohio laws provide that the family of the deceased can receive justices in the form of a monetary award. 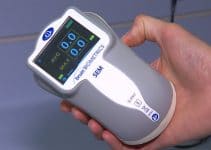 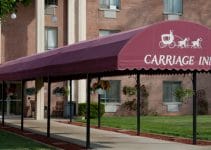 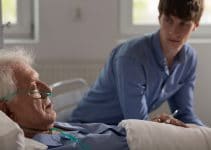