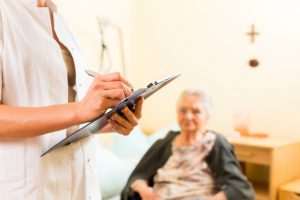 In Knoxville, Tennessee one of the largest nursing homes is in some serious trouble according to an article on knoxnews.com. The article reports that:

It was discovered that a bedridden dementia patient fractured both her knees in a fall but did not see a doctor and was left in agony for nine days.

The patient fractured her knees while falling out of bed in front of a nurse assistant, then complained of “intense pain,” state records show. However, it took the nursing home five days to perform an x-ray, then another four days to have her be seen by a doctor.

The doctor then sent her for knee surgery at a hospital, where she died a month later.

There are many different kinds of nursing home abuse or neglect. Neglect is a caregiver’s failure to provide an older adult with life’s necessities, including, but not limited to, food, clothing, shelter, or medical care.  Neglect can be unintentional or willful.  It can also include neglecting hygiene leading to injuries like urinary tract infections (UTIs) or bedsores (pressure ulcers).

The article explains that the state investigation revealed the following:

Medical records, reviewed during the investigation, show that the patient “complained of pain in her legs and knees daily,” and was “noted to have bruising and swelling of the knees,” but nursing home staff responded only by giving her pain medication, the documents state. At one point, another nursing assistant reported that the patient had “screamed” in pain and appeared to be desperate for help — saying “oh please, please please” — the documents state.

“The (certified nursing assistant) further stated she asked staff everyday if anything had been done for the resident, such as an x-ray, and was told no,” the documents state.

Five days after the fall, the patient finally received an x-ray, revealing fractures in both knees. Four days later, the patient was seen by an orthopedic physician, who admitted her at a hospital “due to the severity of the knee fractures,” the documents state.

At the hospital, the woman’s knees were repaired to alleviate her pain but it was clear she would not recover. She died about a month later on Dec. 18.

According to the state news release, Westmoreland was found to be below state standards for nursing home administration, performance improvement, nursing services, radiology services and resident rights. Tennessee Health Commissioner John Dreyzehner can suspend admissions at a nursing home if conditions are deemed likely to be “detrimental to the health, safety or welfare of the residents.”

These details are painful and terrifying. The victim was in pain and had to trust the nursing home staff, and they neglected to care for her properly and she ultimately suffered and died. This is never acceptable.

The article continues to unfold the story. According to the Article, the nursing home is unable to take in new residents. It states:

As a result of this incident, Westmoreland Health and Rehabilitation Center has been ordered to stop accepting new patients, according to a news release from the Tennessee Department of Health. The nursing home, which is on Lyons View Pike, must also pay $30,000 in penalties. The state has appointed a special monitor to oversee operations at the nursing home. Westmoreland, previously known as Brakebill Nursing Home, opened in 1977. It is licensed for 222 beds and is the second-largest nursing home in Knoxville.

Often times, nursing homes are fined for their failures, and sometimes this is enough to end the poor care. Sadly, fines are not enough to end abuse, poor care, and neglect. A lot of times, nursing homes are owned by large corporations and the fines imposed are just drops in the bucket. They can afford to pay fines without noticing.
When nursing homes fail to provide the care of people that they are entrusted to care for, it is important to send them a message. Nursing home abuse and neglect is NEVER acceptable. It is important to contact a knowledgable and trustworthy nursing home attorney who can help you navigate through the process of holding nursing homes accountable.
I am here to help you. Please comment below or contact me using this confidential form to begin an investigation into your case. We will assess whether the nursing home can be held responsible for neglecting to properly care for your loved one. We will help you hold the nursing home accountable!
You can access the full article here. 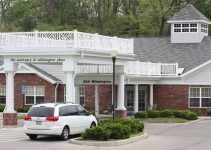