What are Laurel Health Care Company, The Laurels, and Maplewood?

Since 2016, Laurel Health Care Company has been part of The Ciena Group. The Ciena Group is a multi-state nursing home chain that is headquartered in Southfield, Michigan.

Have The Laurels Nursing Homes Been Cited for Violating Residents’ Rights and Regulations?

Yes. The Laurels facilities have been cited by state and federal agencies. According to ProPublica’s ongoing research project, the following Laurels nursing homes in Ohio, Michigan, North Carolina, and Virginia have been cited for deficiencies by nursing home investigators.

Ohio – 23 Laurels Nursing Homes Have Been Cited for Deficiencies

What Should I Do If My Loved One’s Rights Were Violated by The Laurels or Maplewwod?

You have options if you suspect abuse and neglect at a Laurels or Maplewood facility. You can contact your state agency and ask that they investigate the facility.

You can also begin the process of investigating a civil claim for abuse and neglect.

You could of course do nothing and allow The Laurels to avoid responsibility. But, you should never let them get away with hurting someone by putting their profits above patients’ safety.

Can I Sue The Laurels for Injuring or Killing My Loved One?

Yes. Anytime a nursing home neglects or abuses a resident causing that resident an injury, you can sue for the harm that was caused.

The most common cases we handle against companies like The Laurels involve a resident being severely injured or killed by a nursing home’s negligence. These injuries commonly involve:

Has Eadie Hill Sued The Laurels for Nursing Home Abuse and Neglect?

Jack Huls needed rehabilitation because he had suffered a leg injury at home in October 2016, which required surgery to remove a hematoma. The plan was that after Jack Huls gained strength, he would return home.

Jack Huls never returned home. While he was a resident of The Laurels of Mt. Vernon, Jack lost weight, his appetite decreased, he complained of stomach cramping, and he began experiencing diarrhea. On February 12, 2017, The Laurels’ staff sent Jack’s dirty laundry home with his family to launder. His family was appalled by the smell of the clothing. When they examined the clothing, several pairs of Jack’s pants were covered in diarrhea from the waist to the cuff.

Jack’s family began searching the internet for an explanation of the putrid smell and severe diarrhea. They came across information concerning the infection c. diff (Clostridioides difficile). C. diff is an infection that is deadly without treatment. It is, however, highly treatable with an antibiotic called Vancomycin.

On February 17, 2017, Jack Huls’ family met with the executive director and director of nursing from The Laurels of Mt. Vernon. Jack’s family informed The Laurels that they believed Jack was suffering from c. diff. The Laurels told the family that he did not have c. diff. The facility did not test Jack for c. diff.

On February 19, 2017–2 days after the meeting where the family told The Laurels that they believed Jack had c. diff–Jack was sent to the hospital. He was unresponsive. At Knox Community Hospital, Jack was diagnosed with septic shock that was caused by untreated c. diff. Jack died on February 23, 2017. The official cause of death on Jack’s death certificate is septic shock due to c. diff.

10 expert witnesses from across the country support Jack Huls’ family’s case that The Laurels is responsible for Jack’s death.

The case is scheduled for trial in Knox County Court of Common Pleas. Michael Hill is the lead attorney for Jack Huls’ family.

In The Estate of Timothy Ray Fulks v. Laurel Health Care Company, Athens County #19-CI-0095, Eadie Hill Trial Lawyers represents the family of Timothy Fulks. Tim Fulks became a patient of The Laurels of Athens in February 2018. He was there for rehabilitation following a bowel obstruction.

While he was at The Laurels of Athens, Tim had several documented falls. The final fall happened at about 8:30 pm on April 19, 2018. He fell from his wheelchair after he was left unsupervised. Tim suffered a neck injury that caused him to be paralyzed. He was unable to speak or swallow.

Tim died on April 27, 2018. He was 79 years old. The Athens County Coroner concluded that Tim Fulks died from “complications from acute traumatic quadriplegia” that occurred at The Laurels of Athen.

That case is scheduled to go to trial in Athens, Ohio. Michael Hill from Eadie Hill Trial Lawyers is the lead attorney on the case.

Eadie Hill is investigating numerous other complaints from residents’ families about The Laurels. 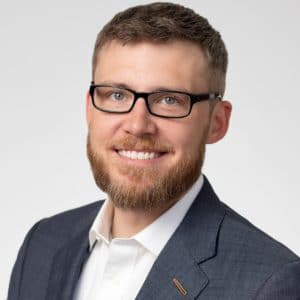 I am a trial lawyer who helps families hurt by caregiver carelessness–such as nursing homes and hospitals–and hold the wrongdoers accountable. I understand how the business of medicine can harm people, when corporations put their own profits ahead of providing quality care. . .  keep reading] 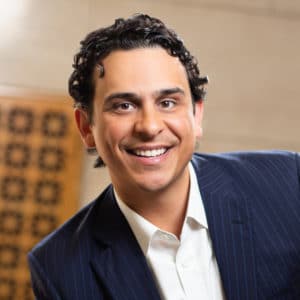 I am a trial attorney who takes on hospitals and other medical corporations when they choose to put their own profits ahead of their patient’s safety. My practice is focused on medical negligence and wrongful death, primarily delayed diagnosis and treatment of heart attacks and strokes, as well as birth injuries. . .  keep reading
Need Answers About Your Situation?

Do you have questions about a possible Nursing Home Abuse and Neglect case? Click below to start an investigation with us. We'll help you get answers.

Find Out if I Have a Case
or keep reading below...

It's easy. No cost or commitment.

Find the Right Nursing Home Abuse and Neglect Lawyers for You

Nursing homes are regulated by federal and state regulations that most personal injury lawyers know nothing about.

If you're looking to take on a nursing home, you need a lawyer who knows those rules.

We exclusively handle medical claims, with a focus on nursing home abuse and neglect. We've tried these cases and obtained millions in damages at trial. 100% our cases involve the failure to provide appropriate hospital, medical, and nursing care to members of the community.

We advance the costs of the investigation and lawsuit.  We only get paid from money we collect in a settlement of verdict: there’s never a bill to you.

By taking on all the risk, you can be sure we’re only going to take on cases we believe in fully.

What Can We Do to Improve Nursing Home Conduct?

Nursing Homes are corporations: they speak the language of money.  Corporations, even non-profit corporations, are not real people; they do not have hearts, minds, or souls.

In our experience, holding a medical corporation responsible and accountable for carelessly injuring patients through a money verdict at trial, or a settlement motivated by their fear of trial, is the best way to make sure there is change.

A well-fought lawsuit can help prevent other people from being injured in the same way.

What Damages are Available?

Money damages available in a nursing home lawsuit can involve economic costs (medical bills, etc.), emotional harms like pain and suffering, disfigurement, disability, and, if the injuries cause death, the mental anguish and loss of family members for wrongful death.

Many states allow for punitive damages when a medical corporation consciously disregards a patient’s rights and safety with a great probability of causing substantial harm. They are awarded in exceptional cases.

Punitive damages are intended to punish, deter the defendant from doing the same thing in the future, and reform the nursing home industry.

What Else Can I do Besides Contacting You?

I Have More Questions...

If you're like most of our clients, you have a lot more questions.

The best way to get answers is to contact us now, then ask us.  But don't worry!  Contacting us costs you nothing, and you are not locked into hiring us.

There's no risk in contacting us.  And you'll receive more information on how these cases work, including free access to our library of important information on nursing home and wrongful death cases.

Where are The Laurels and Maplewood Facilities Located?

The Laurels and Maplewood Ohio Facilities

The Laurels and Maplewood Michigan Facilities

The Laurels and Maplewood Virginia Facilities